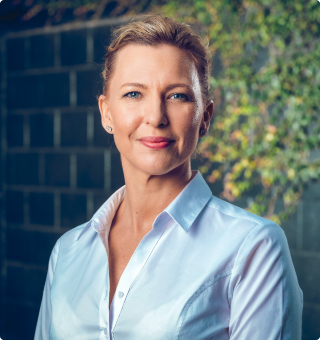 Tamara is a country girl who was born and raised in central Queensland, she started her career in Hospitality working as a housekeeper at a luxury boutique Retreat in SE QLD. She then worked her way across the country (in various roles within the Retreat) in destinations, such as tropical North QLD and surrounding Island destinations as well as locations in TAS and SA before moving into a General Manager position in the Hinterland of Byron Bay in NSW.

Wanting to be closer to her family and with her passion for people ignited, Tamara moved into recruitment and obtained a position in a small recruitment firm as an Assistant State Manager and her journey into hospitality and permanent recruitment began. When the opportunity to work in a large recruitment agency (as a Business Centre Administration Manager) became available, Tamara seized it and gained vital exposure into the construction/labour hire recruitment sector.

Tamara has been with ALYA since its inception, initially building our payroll and compliance systems and then moving into a Finance role. Today as ALYA’s Corporate and Finance Manager, Tamara manages our Finance team and various other vital functions across the business to ensure ALYA's and the companies we work with success.

Collecting (and drinking) wine, gardening, being involved in her children’s school as an active P&C member, food and playing with money

Meet the rest of the team